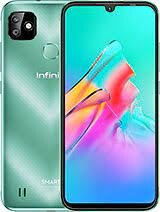 Infinix Smart HD price in Pakistan starts at Rs. 13,999. This is for the base variant that comes with 2GB of RAM and 32GB of internal storage.

Infinix Smart HD-A Mid-Ranger Smartphone
Infinix has announced its new Smart HD which is a new variant of 2021. The midrange smartphone from the company comes with a similar body design to the Itel P36. This smartphone is a new device that can also be referred to as Infinix Smart HD. It has a portable body which is pocket friendly and also packs average inbuilt storage. This smartphone is not a new device but a refresh version of the Smart HD that was announced last year. Infinix’s Smart HD will be powered by the Mediatek Helio A20 MT6761D chipset. The chipset suggests that the smartphone be a mid-range handset with outstanding features. The Infinix Smart HD’s going with the processor of Quad-Core and the device got an IPS LCD Capacitive Touchscreen display with the size of 6.1 Inches and Resolution of 720 x 1560 Pixels which means the Smart HD by Infinix got a big screen display for the users to enjoy it. The internal storage of the new device is enough to provide a great amount of space for the data. The new Infinix HD has 32 gigabytes of internal storage which is more than enough storage capacity the smartphone got a microSD card that can supports up to 128 gigabytes. The Infinix Smart’s HD has got a signal camera on the back of this upcoming new smartphone which is 8 megapixels AI Camera, and there is a Dual LED Flashlight is also there to light up your photos and videos. The front camera of Infinix Smart HD is 5 megapixels which are more than enough to take selfies. there is also a Dual LED Flashlight in the front of this smartphone. The device has got a rear-mounted fingerprint scanner for security reasons to give protection to the data. The battery of this smartphone is 5000 mAh. The battery will provide sufficient power to keep the smartphone alive for a long period of time. These Smart HD’s will compete with the Samsung mid-range phones.