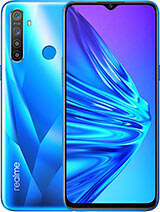 Realme 5 128GB – The High-end Smartphone of the Series
Realme is going to bring 5 128GB versions that are designed for the consumers who have got a lot of money to spend on their smartphones. The specs of the phone look quite gigantic and appealing. The high-end Realme 5 128GB has to be packed with almost the same specs but the internal storage of the smartphone will be on the high node because the upcoming smartphone of the company Realme’s 5 128GB is looking the target the market at the higher level. The chipset is going to remain the same and that is Snapdragon 665, which is also used in the upper mid-range phones like Realme 5 128GB’s. The SoC of the smartphone is coupled with 4 gigabytes of RAM which is the high-end that looks impressive and the phone packed with enough storage. The internal storage of the 5 128GB by Realme is 128 gigabytes which will provide the phone with enough storage to hold a huge amount of data. The dedicated slot will enable the phone to provide extra space of 256 gigabytes. The new Realme 128GB with the help of a microSD card can give a cushion to deal with more data. hold more data for the years to come and recall when needed. On the rear, there will be a triple rear camera setup to capture the moments with the Realme 5’s 128GB which means a lot to you. The primary sensor of the pack will be 12 megapixels along with an 8 megapixels ultra-wide sensor a 2 megapixels depth sensor. The new Realme 5 128GB has got 13 megapixels front-facing camera. The screen size is 6.5 Inches and will be IPS in nature and you will find that the Corning Gorilla Glass 3+ will rescue in case of a fallen down. It means that the new 5 128GB’s going to be a good choice for those customers who can not afford Samsung.